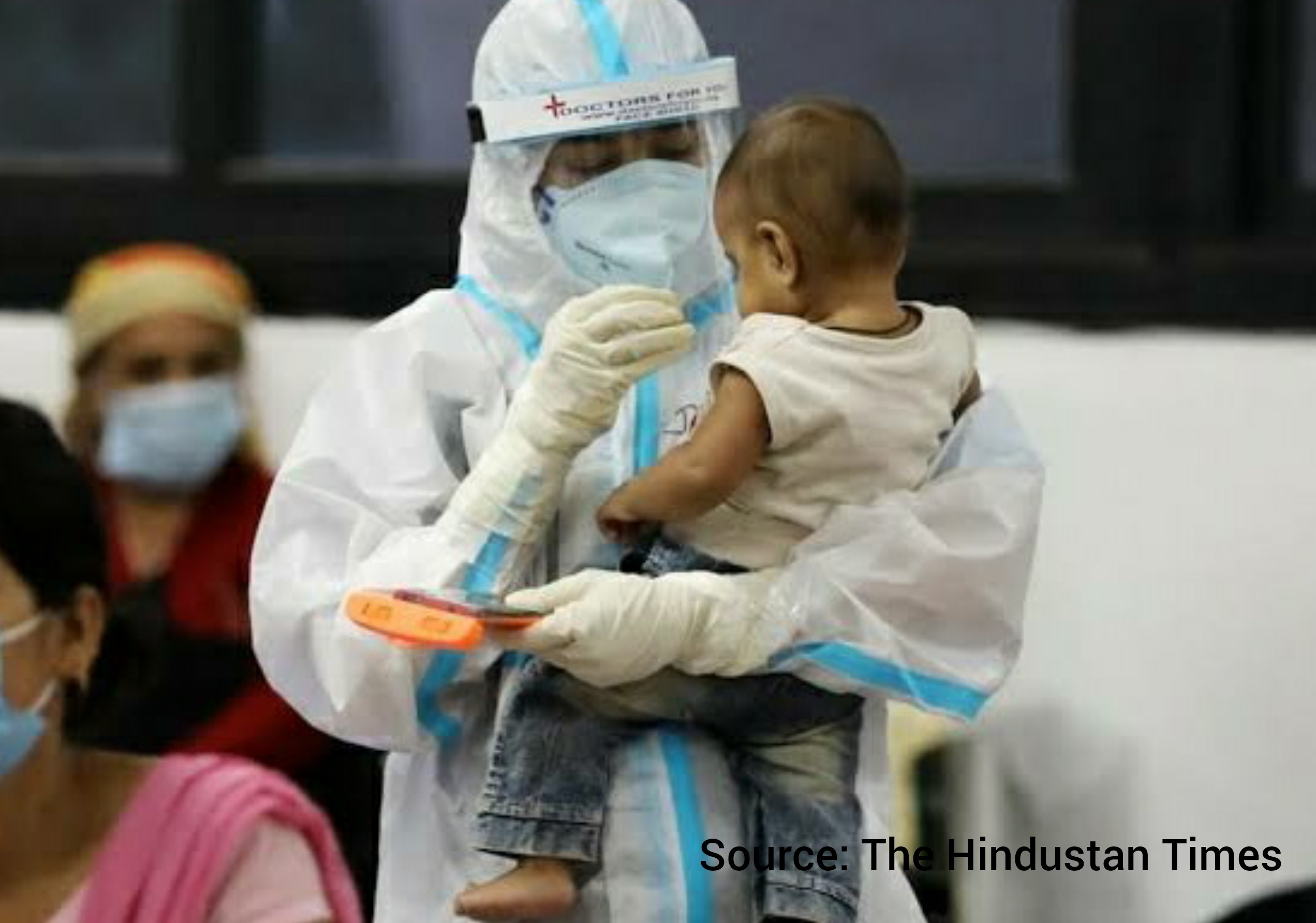 The COVID-19 pandemic has created another devastation in its wake, viz there has been a massive increase in the number of children who have lost either one or both their parents or their primary caregiver (custodial grandparent/family member) to the virus. While the issue exploded in popular media platforms through hashtags such as #COVIDorphans, real action towards their protection and safety is much awaited.

The data at hand

According to an affidavit filed in the Supreme Court by the National Commission for Women, as of June 5th, 2021 more than 30,000 children had been orphaned, abandoned or had lost a parent to COVID-19[1] (3621 were orphaned, 26,176 had lost one parent and 274 had been abandoned). The figures were based on data aggregated from the Bal Swaraj Portal which was created specifically by the government for keeping track of children who have lost one or both parents to COVID-19. Maharashtra is considered to be the worst-hit state, with more than 7000 children having been either abandoned or orphaned since April 1, 2020. However, the numbers may be much higher.  For example, a Lancet report released in July 2021 reported that 788,704 children lost their primary caregivers to COVID-19, globally[2]. Of these, 119,170 children were orphaned in India (approximately 15 per cent) making it one of the highest global statistics. The relatively lower numbers reflected in the government data could be attributed to a) states not having completed their tabulation and submission to the Bal Swaraj Portal or, (b) a large number of deaths not being registered as COVID-19 deaths due to allegedly low rates of reporting and testing.

Losing a parent or a primary caregiver to COVID-19 immediately and abruptly dismantles a child’s primary support system and causes severe mental trauma. It is subsequently followed by increased risks of exploitation and maltreatment. The child stands at risk of being removed from school and put to work to boost family income. Young girls face higher risks of underage or early marriage, in order to reduce pressure on the household.  There also come about increased dangers to physical safety. Several social media platforms had notifications and messages asking for children who lost their parents to be “adopted”, sharing the child’s personal information. The children, if adopted through informal channels by the wrong people, stand at risk of being forced into child labour, trafficking. and prostitution. Further, adopted or fostered children, particularly in multi-child households, are at risk of having differential and inadequate access to resources like food and education. Alarming anecdotes are being revealed, one where upon calling some of the listed numbers for “adoption”, prices were quoted for adopting the children[3].

In cases of children being orphaned due to any exigency, they are usually placed in kinship care or adopted by a family member. But many family members are wary of formally reporting the adoption due to the extensive red-tape surrounding adoption in the country. In the event that no family member is agreeable to taking care of the child, state intervention is required. Currently, the Ministry of Women and Child Development implements the centrally-sponsored Child Protection Services Scheme in accordance with the Juvenile Justice Act, 2015, for orphans. The Scheme has provisions for institutional care like placing the child in a child-care facility. For the children lodged in the state-operated Child Care Institutions (CCI), individual mentorship is vital in building life-skills in the absence of parents.

In May 2021, the Central Government announced that a corpus of Rs. 10 lakhs would be created for every COVID orphan. The child will receive a monthly stipend between the ages of 18 and 23 years. At 23, s/he would be given the entire amount. Transferring the money to the child only after reaching adulthood is intended to reduce the risk of misappropriation of funds by ill-meaning caretakers. Further, a new government portal will be created to enable the registration and tracking of applications for the above scheme. The state governments of Delhi, Punjab, Madhya Pradesh, Uttarakhand have passed orders of financial assistance like monthly stipends, fixed deposits in the child’s name, admission to government-run residential schools, etc.

There are significant areas of concern with the proposed governmental schemes and the portal. Firstly, a major drawback of the schemes is that they require documentary evidence from the child of their parent having died of COVID-19. In India, since thousands have died without formally testing for COVID-19, it would lead to many children being technically ineligible for the schemes and lose out on their benefits. Secondly, the portal has raised concerns of data safety considering that multiple parties will have access to the data. Thirdly, government schemes generally take time to implement and are fraught with red tape and bureaucracy, and so often fail to benefit the targeted population. The needs of the children need immediate attention.

CSR should be leveraged

Prior to the pandemic, many initiatives had been undertaken by corporate entities for the educational development of marginalised, vulnerable children, such as those by Wipro, HDFC, and the ICICI Foundation; some specifically focussed on orphaned children. But a broad-based CSR involvement regarding COVID orphans has been limited. The burgeoning crisis has gone largely unnoticed, possibly due to the primary focus on providing urgent medical relief for COVID-19. The immediate need is to assess the reality of the situation on the ground which can then translate into the creation of holistic and targeted interventions. Private organisations need to channelise their efforts in building such interventions which, amongst others, will provide trauma counselling, mentorship programmes, material support and create safe-houses for the affected children. This social issue requires a more localised and nuanced interventions, rather than a one-size-fits-all approach.

At a time when unemployment has increased substantially and the issue of migrant and informal labour losing their livelihood has been widely publicised, it becomes pivotal to locally support the caretaking family to ensure the wellbeing of the child. CSR involvement can go a long way in supporting such interventions with local NGOs.