India cannot achieve real development if a majority of its people live in unhealthy and unclean surroundings due to the lack of access to safe water and sanitation. Sanitation is one of the most crucial prerequisites in the growth and development of a nation. It is an inherent ingredient in ensuring the well being of the people, leading to social and economic progression.

Defecation in the open poses a serious threat to the health of all, particularly children, in India. This practice is the main reason why India reports the highest number of diarrhoeal deaths amongst children under five years of age. in the world. Every year, diarrhoea kills 188,000 children under five in India.

Sanitation, in the general sense of the term, can be understood as a summation of elements such as physical infrastructure, hygiene-related behaviour and disposal of waste, excreta and other solid waste. As per the National Sanitation Survey Report 2015, 8.9% of urban India and 55.4% of rural India defecate in the open. 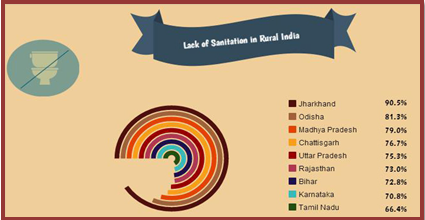 Table 1: Representation of States in Rural India – lack of sanitation facility as per UNDP.

It has been found that states with lowest per capita income, such as Jharkhand, Odissa , MP , Chhattisgarh, U.P and Bihar have the highest defecation in the open. Poverty and lack of infrastructure are closely linked to defecation in the open. Further, it is has been found that 5% of Rural India do not use toilets despite having the infrastructure. The reasons could be non-availability of adequate water, poor maintenance and age-old customs and beliefs.

Defecation in the open is a well-established traditional practice ingrained from early childhood.In a survey of villages in north India, respondents lauded defecation in the open as wholesome, healthy and social. Toilets were seen as potentially impure, especially if near the home. Men often described them as for use only by women, the infirm and the elderly. In rural areas, surveyors found households using toilets for storing grains or as general storage space and going to the fields early in the morning to relieve themselves. However, merely providing toilets can’t end defecation in the open.Leaders need to confront the cultural reasons for bad sanitation.

In this context, it is worth examining how Bangladesh has achieved a zero defecation in the open status. This has been achieved through a Community -Led Total Sanitation ( CLTS ) approach. The CLTS approach involves systematic and structured Information, Education, and Communication (IEC) and Inter-Personal Communication (IPC). Also, the approach mobilises communities through emotions such as ‘shame’ and ‘disgust’. It finds community leaders to trigger these messages and rouses the community to adopt better hygiene habits. Strong coordination among the Government, International agencies and Civil society organizations, at the grass roots, is a key requirement.

To achieve a clean India , it will take a concerted effort on various aspects such as psychological methods to change people’s attitudes, technologies to achieve suitable toilet designs (for homes, schools and communities), well-thought-out arrangements for keeping them clean, water specialists to arrange water availability in different topographies and climates, garbage management, and public governance to ensure coordinated actions on all fronts.

At the beginning of the new millennium, world leaders gathered at the United Nations to shape a broad vision to fight poverty in its many dimensions. That vision was translated into eight Millennium Development Goals (MDGs), which has remained the overarching development framework for the world during the past 15 years.

Goal : Halve, by 2015, the proportion of people without sustainable access to safe drinking water and basic sanitation

Indicators : Proportion of population with access to improved sanitation, urban and rural 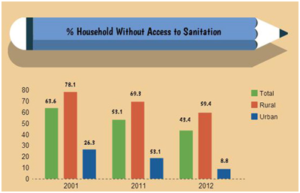 Table 2 : Represents improvement in sanitation facility from 2001 to 2012.

As per the UNDP report under Millennium Development goals, the target is to reduce the lack of sanitation facility in India.

Given this backdrop, it is necessary for India to fight open defecation, on a war footing. The Hon’ble Prime Minster launched Swachh Bharat Abhiyan on October 2nd, 2014 with the aim to attain 100% free from open defecation by 2019 and to ensure that all schools & Anganwadisare equipped with separate toilets for boys and girls.

From Oct 2014 till date Rs. 7620 Cr has been spent by the Govt. of India (Note.Ref.1). Corporate have pledged to spend Rs. 2500 Cr approx. towards construction of toilets. For the Swatch Bharat Mission to meet its ambitious goals, India needs to build 1200 lakh toilets by 2019. So far 80 lakh toilets have been built till date & 11.80 lakh toilets are under construction (Note.Ref 1). Given the run rate, Govt has an uphill task of building 277 lakh toilets each year in the next 4 years.

Government of India has done well by starting a Swachh Vidyalaya program with emphasis on building toilets in schools.Swachh Vidyalayais the national campaign driving ‘Clean India: Clean Schools’. A key feature of the campaign is to ensure that every school in India has a set of functioning and well-maintained water, sanitation and hygiene facilities. It is heartening to hear that the toilet building momentum has picked up in India. A 104 year-oldwoman from a village in Chhattisgarh sold 8-10 goats to construct two toilets at her home. Prime Minister Modi felicitated KunwarBai for her efforts to make her village free from open defecation.

In the next 4 years it is important to focus on the construction of toilets (Outputs) and usage of toilets (Outcomes). Monitoring toilet usage is very critical and needs to be reviewed year on year, correctiveaction, ifany,should be part of the review process to reflect the learning’s as we go along the journey. Convergence of several efforts both from the government, Corporates and NGOs will probably help us achieve India’s dreams of free from defecation in the open and universal sanitation for all.

# For Corporates engaging in sanitation project as a part of their CSR activity – we have prepared a white paper with some pointers to remember while executing or taking up the project.